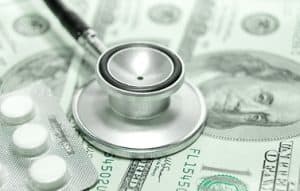 Medical debts are one of the most common reasons that people need to seek bankruptcy relief.  With out of control medical costs and increased insurance premiums more and more people are forced into financial ruin with just a day or two stay in hospital.  With passage of the Affordable Heath Care Act it was assumed that the number of people forced into bankruptcy due to medical debts would decrease – in my practice I have not seen that be the case.

If you are being overwhelmed by medical debts then bankruptcy for medical debt it is a good idea to speak with a bankruptcy lawyer.  Sometimes you need to determine if bankruptcy will help your situation and an experienced attorney can help you look at all your debts and make some informed decisions.