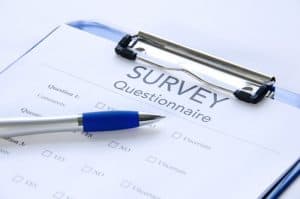 Why do some think bankruptcy is bad?

Filing for bankruptcy may have a bad reputation for several reasons.  Years ago I had an old friend stop by my law office and tell me all the reasons why he thought that bankruptcy was wrong.  He pontificated that it was merely a way to cheat creditors out of money and he knew of so-and-so that filled for bankruptcy all the time just to get out of paying his bills.  He offered no concrete reasoning for his distain of bankruptcy just a visceral reaction to the word.  His legal training I guess came from the guys in the break room where he had worked for 35 years.  I just listened and let him ramble … you see I was currently representing his kid in a bankruptcy.  His kid was forced there due to a severe medical issue of a child, my friends grandchild, that had wiped out their savings and the young family was on the verge of loosing their home.  So to save the home we filed for bankruptcy protection from the doctors, hospitals and insurance companies.  I don’t think my old friends kid ever told him of the bankruptcy and it certainly was not my place to talk with him about it  so I never mentioned it.  The whole incident just kind of made me chuckle knowing the whole story from both sides.   I know there are many stories floating around out there of bankruptcy that sound like people are somehow playing the system but in my experience this is not the case.  Usually my clients are good people, like my old friend’s kid, that was in a bad situation and but for the bankruptcy would have lost his home…and probably have had to ask my old friend if they could move in and live in his basement.

What you need to understand is that bankruptcy is a complex legal framework that allows consumers and business to reorganize their finances. There are thousands of people that are forced to file for bankruptcy each year and lots of people and businesses that are insolvent, or unable to pay back their debts. The two most common bankruptcies to choose from are a Chapter 7 and Chapter 13 bankruptcy, a Chapter 7 will liquidate your assets and Chapter 13 where a Chapter 13 trustee will be appointed and help you reorganize your debts.  Whether bankruptcy should really be labeled as bad or not really depends on your intention of filing, if it’s to cheat the system or if it’s to create a better life for yourself and for your family. It is possible to file, discharge your debt, and do the best you can to pay what you can back. So really it’s a matter of context in bankruptcy if it is actually bad or not. You should always keep in mind that it’s not an illegal thing to do in fact its one of the few laws enumerated in the U.S. Constitution.