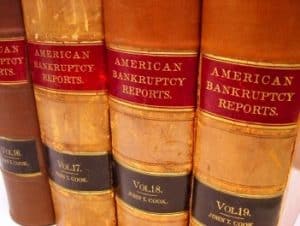 Chapter 13 Bankruptcy or Chapter 7 Bankruptcy in Utah. Utah bankruptcy laws were created to provide specific relief for business owners, individuals and families whose lives are being disrupted by excessive debt. The laws have two basic goals: Debt elimination and property protection. The Utah bankruptcy laws are set forth under federal law. Article I, Section 8, of the U.S Constitution authorizes Congress to enact “uniform laws on the subject of bankruptcy.” Under this grant of authority Congress put the “Bankruptcy Code” into action in 1978. History of bankruptcy law in the U.S. goes back to the 1800’s. Congress’s first law with bankruptcy was the Bankruptcy Act of 1800. Voluntary bankruptcy was first permitted in the U.S by the Acts of 1841 and 1867. The early acts like the Nelson Act and The Bankruptcy Act of 1898 first established debtor-creditor relations that we know today.