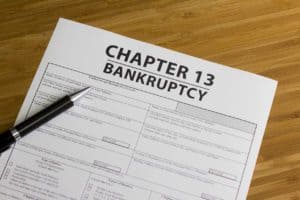 Bankruptcy where I pay back

In my Utah County bankruptcy office, located in Orem, Utah, we file a ever more significant number of these Chapter 13 cases each year.  Many times they are the best option for our clients since it allows them to keep their significant assets like the home or the car.  Sometimes it is because there is a strategic advantage to file a Chapter 13 case since a creditor may be hounding them to the point that their home may be lost due to a large judgment lien about to be placed on the property.  Other times clients want to actually pay back what they barrowed but the creditor has taken such a hard line position that they have no other choice but to force the creditor to the bankruptcy table and force a work out of the debt with oversight of a Judge and Trustee.  Still some people need to file a Chapter 13 case since it has been less that eight years since the filed a Chapter 7 bankruptcy and they have no other option but to seek the protection of the bankruptcy court in the form of a Chapter 13 bankruptcy.  Chapter 13 is the bankruptcy where you pay back your debts.

Which type of bankruptcy is right for you?  Looking of the bankruptcy where you pay back? An experienced Utah lawyer can help guild through the many choices out there.  Call The Bankruptcy Guy now to set up your in office consultation 801-221-9911.