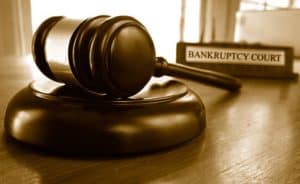 What is the role of your bankruptcy trustee?

Although the trustee in bankruptcy is not a judge, he or she has tremendous influence over a bankruptcy case.  Many of my clients do not know what this person does. So here is the quick version of the role of a bankruptcy trustee in Utah and nationwide.

So just who is the bankruptcy trustee?

Trustee is the term used for several different roles in the bankruptcy world. Each trustee in the bankruptcy process has a separate job description.  Just so you understand there is a United States Trustee, a Chapter 7 Trustee and a Chapter 13 Trustee.  The United States Trustee (UST) is an employee at the Justice Department which appoints and supervises each bankruptcy trustee. Typically, the person they appoint is a lawyer with experience in bankruptcy. His or her job is to review the debtor’s petition and schedules, administer the bankruptcy estate, conduct the meeting of creditors, and make sure there is no fraud.  In Utah there are between 10-14 trustees that do Chapter 7 cases.

Chapter 7 trustee
A chapter 7 bankruptcy trustee administers a Chapter 7 cases. His role is to determine whether there are assets if any there are to liquidate; to review claims of property exemption and the debtor’s overall entitlement to a discharge.  He is essentially a representative for the creditors as a group.  He is appointed by the United States Trustee, an officer of the Department of Justice, who oversees his performance. He is not himself a government employee.  The trustee presides at the first meeting of creditors. He can file objections to claims of exemption or oppose the debtor’s discharge, but he doesn’t decide those questions. The bankruptcy judge decides disputed questions.  Trustees are paid in part from the filing fee paid to the court at the commencement of a bankruptcy case. Any compensation they receive above that is a fee based on the money they handle as part of the estate. If there are no funds in the estate at the end of the day, the trustee gets only his $60 per case.

The primary duties and powers of a trustee in a Chapter 7 liquidation bankruptcy case:

United States Trustee
The United State Trustee is a government employee whose job it is to appoint and oversee the Chapter 7 and Chapter 13 trustees. The UST has standing to appear before the court as an interested party.  UST is charged with reviewing Chapter 7 cases for abuse or denial of discharge.  They also take an oversight role in Chapter 11 cases, especially where there is no creditors committee.