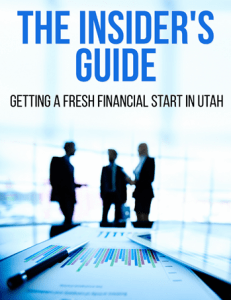 While welfare and bankruptcy are both used by people with financial struggles they serve very different purposes. Welfare is provided by state or federal governments for eligible citizens and residents who lack sufficient means to support their own basic needs. Think of it as a small boost of income. (Government gets its funds from taxpayers, and that boost in income, accordingly comes from the paychecks of all taxpayers.) In this vain, is bankruptcy like welfare? Not really.

Worse than just being poor, however, is being stuck in a deep mess of debt with no way out.  When there appears to be no way out that is when hope is lost. This is where bankruptcy may be able to help you regain your financial footing.  Among other things, bankruptcy allows creditors to possible take some of your belongings so that you can start over with a clean slate and finally free yourself from the debilitating  grip of debt.

Is bankruptcy like welfare in the way that other people view it? Like I’ve said in a previous post, with bankruptcy, the only people who will likely know you’ve filed for bankruptcy are limited to your attorney, creditors and whoever else you decide to tell. That said, a recent survey shows ordinary people see others who file bankruptcy as making a business decision. They recognize their situation, face the fact that they are unable to pay off their debts, and act by filing for bankruptcy.

Welfare on the other hand is funded by the government through the taxpayers.  Bankruptcy is the ability to be forgiven of debt at the creditors expense, or can be used as a lengthening period where a modified repayment plan may be worked out.  Millions of people in America file for bankruptcy every year and get a chance to have some hope for the future and become contributing members of the community and taxpayers.  The alternative to bankruptcy is loss of hope and a group of people being held down by excessive burdens of debt.