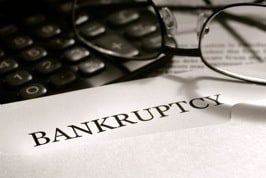 You may ask yourself about the purpose of bankruptcy law and why there is such thing as a bankruptcy process. Could it give people an incentive to not pay their debts back or to accumulate large amounts of debt only to have it discharged by a bankruptcy?  I guess some people think this way but you need to understand not all people find themselves in insolvency for the same reasons. The concept of bankruptcy and debt forgiveness actually comes from the Old Testament in Deuteronomy. It is also something that the Constitution says is important in a democratic society. We also need bankruptcy for people so they can have an escape hatch and they aren’t trapped paying off their debts for the rest of their lives, making their lives miserable and also they aren’t able to return anything back to society. Without bankruptcy we would have an endless poverty cycle.  In the 19th century we tied this in the form of debtors’ prison with awful results for society.  As I have written before, it’s important to have a safety net for those who have no other choice but to seek some sort of protection from creditors. It is an important safety net for those who have taken financial risks too. The other option without this fall back option would be to have people stay in this poverty cycle that they can never overcome. It is better to be able to release them from this so they can be productive people again, instead of being trapped in this where they are hardly able to function. When you look at bankruptcy in this way it helps take away the moral stigma or thought that it is an immoral thing to file for bankruptcy. There is surly a powerful argument for everyone’s greater good we need this to allow everyone to continue forward with their lives despite financial difficulties, it’s part of what makes a successful and productive society. There will be some people who will succeed in their financial decisions and won’t even have to worry about filing for a bankruptcy but others may not be so lucky and have to face it, but it’s why bankruptcy law exists.  Why bankruptcy law? For me it sure beats the alternatives that have been tried with devastating results over the year.