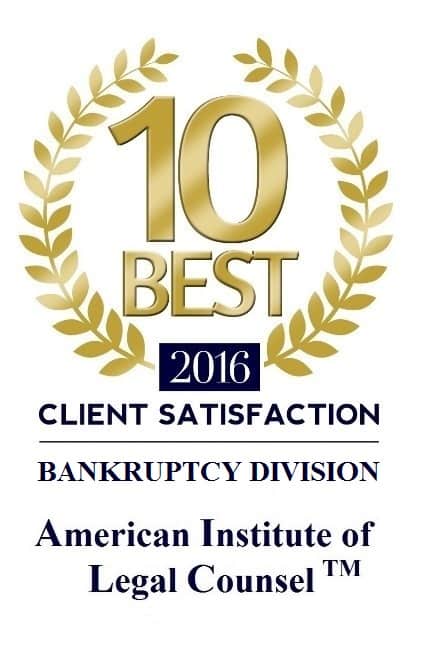 Orem, UT – The Utah Law Firm of Douglas Barrett, LLC was recently named as one of the “10 Best” Bankruptcy Law Attorneys for Client Satisfaction by the American Institute of Legal Counsel (AIOLC) an impartial third party rating service. In the September 2016 announcement the AIOLC noted that the firm was recognized for outstanding client satisfaction.

Douglas Barrett opened his bankruptcy practice in Orem in 2001. He is well known for his aggressive representation of consumer debtors in bankruptcy. During the past several years he has helped thousands of people file for bankruptcy protection in the U.S. Bankruptcy Courts. He is a member of the Utah State Bar Association, the National Association of Consumer Bankruptcy Attorneys and has been a frequent speaker on consumer bankruptcy law and personal finance issues throughout the state.